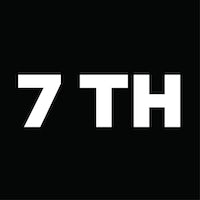 Even as more than 150 million people are using digital payment apps each month in India, only about 20 million of them invest in mutual funds and stocks. A startup that is attempting to change that by courting millennials has just received a big backing.

Bangalore-headquartered Groww said on Thursday it had raised $30 million in its Series C financing round. YC Continuity, the growth-stage investment fund of Y Combinator, led the round, while existing investors Sequoia India, Ribbit Capital and Propel Ventures participated in it. The new round brings three-year-old startup Groww’s total raise-to-date to $59 million .

Groww allows users to invest in mutual funds, including systematic investment planning (SIP) and equity-linked savings. The app maintains a very simplified user interface to make it easier for its largely millennial customer base to comprehend the investment world. It offers every fund that is currently available in India.

In recent months, the startup has expanded its offerings to allow users to buy stocks of Indian firms and digital gold, said Lalit Keshre, co-founder and chief executive of Groww, in an interview with TechCrunch. Keshre and other three co-founders of Groww worked at Flipkart before launching their own startup.

Groww has amassed over 8 million registered users for its mutual fund offering, and over 200,000 users have bought stocks from the platform, said Keshre. The new fund will allow Groww to further expand its reach in the country and also introduce new products, he said.

One of those products is the ability to allow users to buy stocks of U.S.-listed firms and derivatives, he said. The startup is already testing this with select users, he said.

“We believe Groww is building the largest retail brokerage in India. At YC, we have known the founders since the company was just an idea and they are some of the best product people you will meet anywhere in the world. We are grateful to be partners with Groww as they build one of the largest retail financial platforms in the world,” said Anu Hariharan, partner at YC Continuity, in a statement.

More than 60% of Groww users come from smaller cities and towns of India and 60% of these have never made such investments before, said Keshre. The startup is conducting workshops in several small cities to educate people about the investment world. And that’s where the growth opportunities lie.

Scores of startups such as Zerodha, ETMoney, INDWealth and Cube Wealth have emerged and expanded in India in recent years to offer wealth management platforms to the country’s growing internet population. Many established financial firms such as Paytm have also expanded their offerings to include investments in mutual funds. Amazon, which has aggressively expanded its financial services catalog in India in recent months, also sells digital gold in the country.